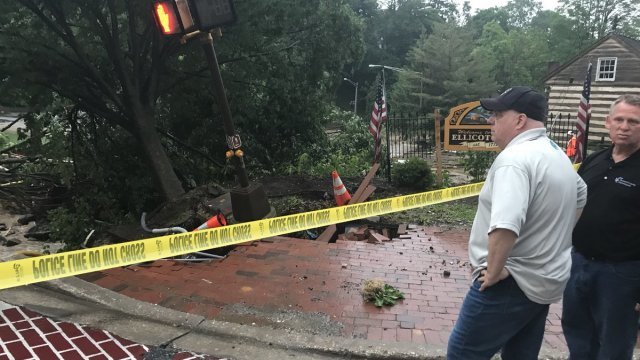 Another major storm has caused flash flooding in Ellicott City, Maryland. This is the second time in two years the town has dealt with flooding.

Severe flooding in Ellicott City, Maryland, has submerged vehicles, forced residents to evacuate and caused major damage to homes and businesses. Newsy's partners at WMAR report more than 8 inches of rain fell in the area on Sunday.

This comes less than two years after the town experienced another major flood that left two people dead. Maryland Gov. Larry Hogan recently declared a state of emergency to help officials respond to this weekend's storm.

Both Gov. Hogan and Howard County Executive Allan Kittleman said the damage from this weekend's storm was worse than the one in 2016.

Police confirmed at least one person is missing. However, there were no reports of serious injuries or deaths as of Monday morning.