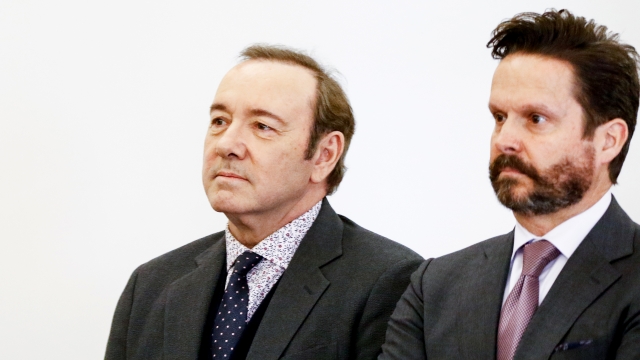 ​The Cape and Islands District Attorney said the decision to drop the case was made "due to the unavailability of the complaining witness."

Spacey was charged with indecent assault and battery for allegedly groping an 18-year-old busboy at a Nantucket bar in 2016. The Cape and Islands District Attorney said the decision to drop the case – which, the actor pleaded not guilty to – was made "due to the unavailability of the complaining witness."

In June, Spacey's defense team requested to examine the accuser's phone, claiming text messages were deleted from the night of the incident, that could have proved Spacey's innocence. The judge ordered the phone be given to the defense, but the accuser's lawyer said the phone was missing. Earlier this month, the accuser dropped a civil suit against the actor shortly after it was filed. Then, during a pretrial hearing last week, the accuser pleaded the fifth after Spacey's lawyer warned him that he could be charged with a felony for deleting evidence. As such, the judge said the case "may well be dismissed" if the accuser didn't continue to testify.

Multiple allegations of sexual misconduct by Spacey began surfacing in 2017. One of which was from an actor who accused Spacey of making a sexual advance towards him when he was 14-years-old. Netflix cut ties with the former "House of Cards" star shortly after.