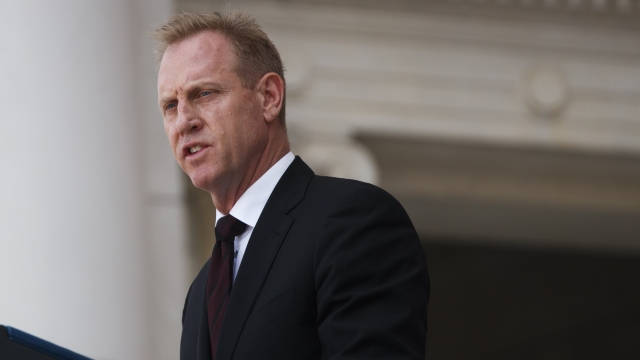 Shanahan warned the U.S. won't ignore actions that threaten the sovereignty of other nations.

On Saturday, acting U.S. Defense Secretary Pat Shanahan warned China that the U.S. won't ignore actions that threaten the sovereignty of other nations.

Shanahan said, "You know we're not going to ignore Chinese behavior. I think in the past people have kind of tiptoed around that. It's not about being confrontational, it's about being open and having a dialogue."

He specifically mentioned what he called China's "toolkit of coercion" in the heavily-disputed South China Sea. China and several other Asian nations  all claim certain parts of the sea as their own.

According to CNN, the toolkit Shanahan was referring to involves actions the U.S. has accused China of, including island building, deploying advanced weapons systems to disputed areas and the alleged state-sponsored theft of military and civilian technology.

Tensions have been high between the U.S. and China. On Thursday, China accused the U.S. of "economic terrorism" because of recent trade policies. But on Saturday, Shanahan downplayed the conflict, saying it isn't a "trade war" but rather "trade negotiations."