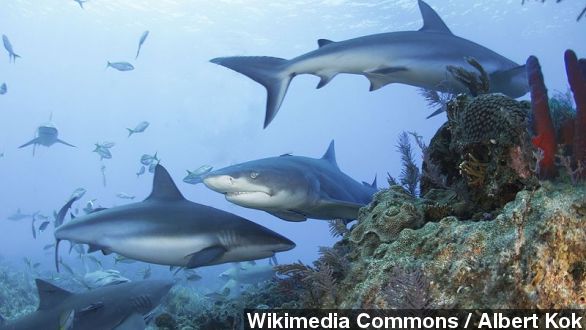 A new study that took almost a decade to complete shows lemon shark mothers return to the places they were born to birth their own babies.

​There’s no place like home, and the results of a new study seem to back that up — for some types of sharks, anyway.

Researchers looked at female lemon sharks in Bimini, a chain of islands in the Bahamas. After two decades, it was discovered the sharks go back to where they were born to give birth to their own young.  (Via National Geographic)

It's not yet known if other kinds of sharks do the same, but salmon and sea turtle moms are known for returning to their birthplaces to give birth themselves. (Via Wikimedia Commons / Nandaro)

To get the results, researchers tagged more than 2,000 baby lemon sharks, then released them into the wild. One researcher said in a statement: "Despite leaving and visiting many other islands in their travels, these sharks 'remember' where they were born after a decade of roving, and are able to find the island again when they are pregnant and ready to give birth." (Via Discovery)

Scientists have long speculated that lemon sharks had this ability, but it couldn't be proven because of the difficulty of tracking the sharks from birth to maturity.

In this latest study, researchers say Bimini's lake-like lagoons make it the perfect place to capture them. (Via Wikimedia Commons / Joachim Greiner)

So what exactly do these findings mean for the future of shark research? Well, one issue that could be resolved is overfishing — something that often happens because it takes so long for sharks to mature.

The Bahamas recently passed a law that will protect all sharks in its waters, as shark tourism rakes in about $80 million a year.