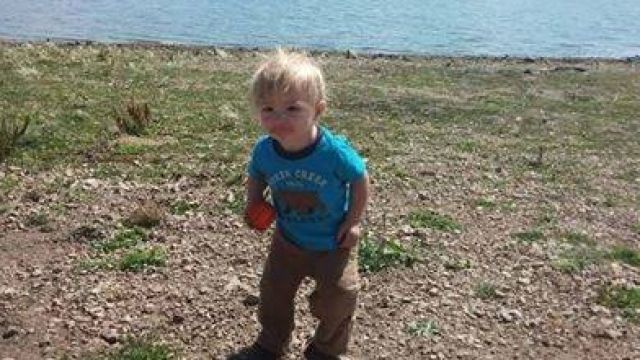 The Lemhi County sheriff said authorities believe DeOrr Kunz Sr. and Jessica Mitchell were being "less than truthful" during their interviews.

A Lemhi County sheriff says the parents of a 2-year-old Idaho boy have been "less than truthful" and are "the top persons of interests" in the toddler's disappearance.

"My 2-year-old son, we can't find him," the boy's mother, Jessica Mitchell, said.

Jessica Mitchell and DeOrr Kunz Sr. reported their son, DeOrr Kunz Jr., missing to the authorities July 10, 2015, during a camping trip near the Montana and Idaho border.

"Early on, we noticed there were some discrepancies in their interviews, and the polygraph told us they were being less than truthful," Lemhi County Sheriff Lynn Bowerman said.

Multiple searches have not located the 2-year-old, but Lemhi County Sheriff Lynn Bowerman said he believes the parents know where the child is and whether or not he's alive.

This video includes images from the Lemhi County Sheriff's Office.