Sherlock Holmes Is Now In The Public Domain 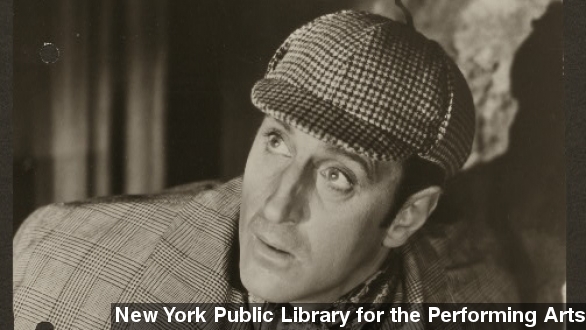 A federal judge ruled the famous detective is in the public domain, but anything about Holmes published after 1923 is still off-limits.

Fanfiction writers, rejoice! Sherlock Holmes and his assistant Dr. John Watson are moving out of 221B Baker Street and into the public domain.

Since his inception, Holmes has been adapted and reimagined countless times and in almost every medium available. In recent years the great detective has made reappearances in two TV shows, and a high-profile movie franchise. (Via BBC, CBS, Warner Bros. / "Sherlock Holmes")

But here's the catch — if you wanted to sell something based off of Doyle's work in the U.S., you had to pay a licensing fee to the Doyle estate.

Holmes has been copyright free in the U.K., since 2000, but U.S. copyright laws still protect 10 stories published by Doyle after 1923. The author's heirs argued since Holmes and Watson evolved throughout the canon, the estate still had licensing rights. (VIa The Sir Arthur Conan Doyle Literary Estate)

It's a position Leslie Klinger ran afoul of when he tried to publish "In the Company of Sherlock Holmes", an anthology of original Holmes-based stories. When the estate tried to make Klinger pay up, he took them to court, claiming the characters weren't protected. (Via Slate)

In his ruling, Judge Ruben Castillo declared Doyle's original characters are fair game for use, but any details about their lives published after 1923 are still protected. So if you're writing a fresh take on Holmes, make sure not to mention Watson's second marriage, his career playing rugby for Blackheath, or Holmes's retirement from the detective agency. (Via National Journal)

Klinger celebrated the ruling to The New York Times as a victory for free expression.​ "Sherlock Holmes belongs to the world, and this ruling clearly establishes that. ... People want to celebrate Holmes and Watson, and now they can do that without fear."

And The Washington Post notes this decision might impact some big copyright cases in the near future.

"Some of pop culture's most important characters, such as Mickey Mouse and Superman, will see their copyrights expire in the next couple of decades. If a 'this-but-not-that' approach to copyright winds up taking hold, we might expect a debate soon about which features of those characters will be covered (and not covered)."

The copyright on Doyle's remaining ten Sherlock Holmes stories will not expire until the end of 2023.