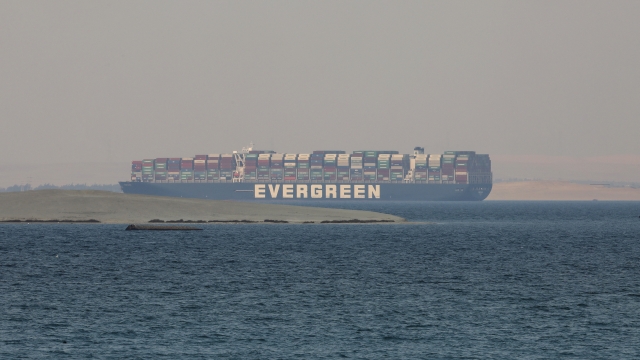 The shipowner has been negotiating with Egyptian authorities over the compensation demand, estimated at about $916 million.

And the Japanese owner of the container ship that blocked the Suez Canal for nearly a week last month is asking freight owners to help cover Egypt's losses.

The shipowner has been negotiating with Egyptian authorities over the compensation demand, estimated at about $916 million.

The blockage of the canal brought maritime commerce to a standstill, reportedly costing billions.

It also added strain to the shipping industry, already under pressure from the pandemic.