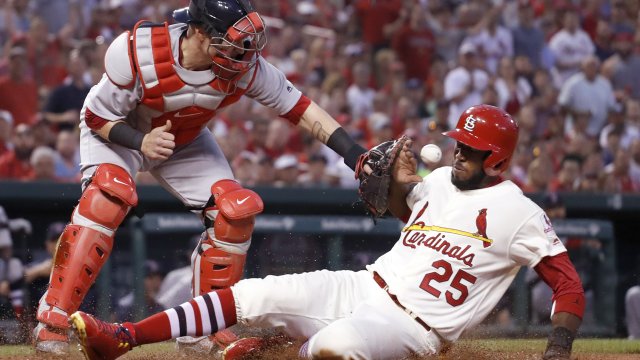 The 60-game season will include a few quirks, including a universal designated hitter.

It looks like baseball fans will finally get to hear "Play Ball!"

On Tuesday, the MLB Players Union agreed to report to training camp by July 1, with plans to start the season July 24, almost four months after the original Opening Day was scheduled.

On Monday, the players union voted against a league plan that included a 60-game season and expanded playoffs. It was the latest in a long dispute between the two sides, which couldn't agree on the length of the season or how much players would receive of their prorated salaries. Later in the day, Commissioner Rob Manfred imposed a 60-game season on the players. When the coronavirus pandemic shut down spring training and delayed the start of the 2020 season, the owners and players agreed to a deal that would let the commissioner impose a shortened season if the two sides couldn't come to an agreement.

But fans can expect lots of quirks with this season compared to others.

The other huge difference is the designated hitter will be in both leagues, rather than only in the American League. This rule-change will only be for the 2020 season, but there are plans to potentially add it back in the future.

Players will be tested for COVID-19 multiple times a week, and if a player tests positive, he'll be isolated from the team. In case multiple positive tests decimate a team's roster, each MLB team has an expanded roster AND what's called a "taxi squad" — basically reserve players who can be called up quickly to replace those who have tested positive