Should Minimum Wage Be Left To The States? 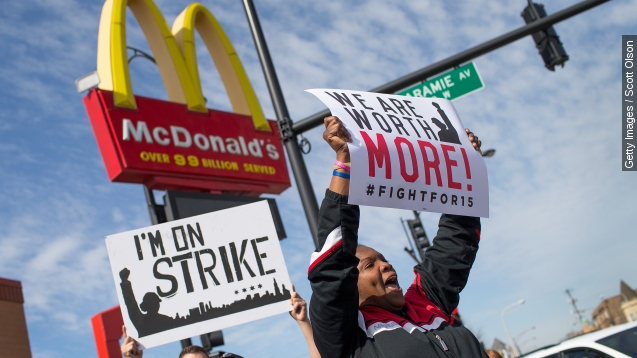 Does leaving the minimum wage up to states work?

"We need to leave it to the private sector. I think state minimum wages are fine. The federal government shouldn't be doing this," said Jeb Bush.

In some ways, minimum wages across the country do support the idea that state and local governments will act on their own, without a push from the federal government.

But supporters of raising the federal minimum wage point out that even in states where the wage is higher, it still isn't enough to live on. (Video via Fight for 15)

A living wage calculator from MIT found that across the country, minimum wages are lower than the living wage. The professor who made the calculator said, "In many places in the United States, it would take working two-and-a-half to three minimum wage jobs to make ends meet."

According to the Bureau of Labor Statistics, 3.3 million Americans make the minimum wage or less, like some servers working for tips.