Are Debate Moderators Responsible For Fact-Checking The Candidates? 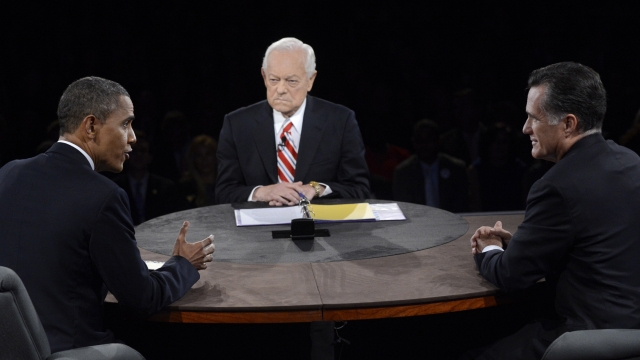 Millions of Americans are expected to watch the presidential debates. Should debate moderators fact-check candidates in real time?

Politicians lie, heck, everyone lies. So the chance that Hillary Clinton or Donald Trump says something that's not 100 percent honest is probably high.

Lester Holt, Elaine Quijano, Martha Raddatz, Anderson Cooper and Chris Wallace are scheduled to be the moderators for the 2016 presidential debates.

It's safe to assume none of the moderators want to end up like NBC's Matt Lauer, who was widely criticized for not correcting Trump's Iraq War fib during the Commander-In-Chief Forum.

A board member for the Commission on Presidential Debates told The New York Times, "What a good journalist does is ask follow-up questions that challenge the candidate to explain."

And veteran moderator Bob Schieffer has similar advice: "If one of them says something that is dead wrong ... the other candidate should have the first opportunity to call his or her opponent on it. ... If neither candidate catches the inaccuracy, then the moderator must step in."

SEE MORE: Our Presidential Debates Don't Have To Be Screaming Matches

The topics for the first presidential debate, chosen by its moderator Lester Holt, will be America's Direction, Achieving Prosperity and Securing America. That debate is scheduled for Sept. 26.