Shroud Of Turin To Be Displayed Before Easter 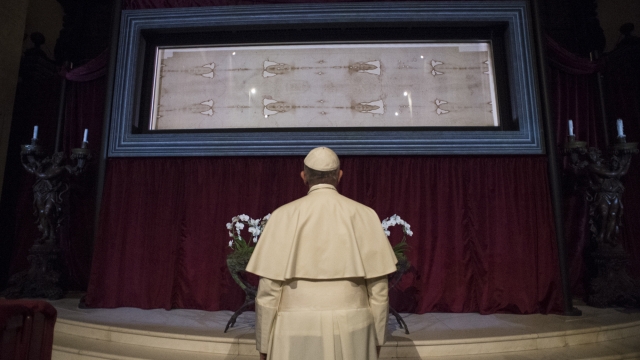 Church officials say they decided to showcase the shroud online after "thousands and thousands" of people asked them to.

The Archdiocese of Turin in Italy announced the Shroud of Turin will be put on virtual display on Saturday as part of the Catholic Church's observance of Holy Week. Church officials say the live streamed showcase is meant to inspire hope amid the coronavirus pandemic.

The 14-foot piece of linen, which bears a photo negative-like image of a man's body, is considered by some Christians to be the burial shroud of Jesus Christ. The Archdiocese said the decision to display it now followed requests from "thousands and thousands" of devotees.

The shroud is rarely put on such a display but drew millions of visitors during the most recent public showings in 2010 and 2015. Skeptics have questioned its authenticity, and the Catholic Church does not take an official position on the matter.

Still, at a time when religious groups are suspending services to help curb the spread of the virus, the online showcase could instill a sense of community among Christians ahead of Easter Sunday.