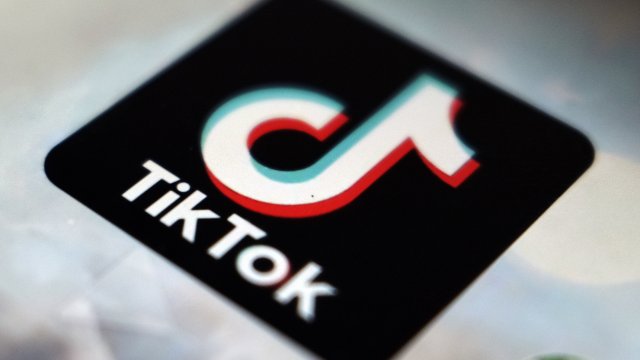 A 61-year-old man was arrested in Kentucky after another driver noticed a girl in the front seat making the hand gesture she learned through TikTok.

A nonverbal sign for help led authorities to rescue a teenage girl — thanks to TikTok.

A 61-year-old man was arrested in Kentucky after another driver noticed a girl in the front seat making the hand gesture she learned through the social media platform. The signal indicated she needed help. That motorist knew what it meant and called 911 to alert authorities.

"Fortunately for us, this motorist continued to follow the vehicle and gave us milepost marker after mile post marker," said Deputy Gilbert Acciardo with the Laurel County Sheriff's Office.

That 16-year-old was from Asheville, North Carolina. She had been reported missing by her parents two days earlier.

Acciardo said the man was charged with unlawful imprisonment and with having a cell phone that had a sexual content on it relating to a minor.

According to police, the teenage girl said they traveled through North Carolina, Tennessee, Kentucky and Ohio. The teenager has since been reunited with her parents.

"Had she not been giving that signal and had there not been a motorist out there that identified that signal ... no telling where it would have wound up," Acciardo said.

The Canadian Women's Foundation started the Signal for Help campaign last year as a way for domestic abuse victims to seek help nonverbally. The video has been viewed more than 1 million times.

"We all thought it was going to be used on Zoom screens, and this is just one more example of how useful this tool is," said Suzanne Duncan, vice president of philanthropy for the Canadian Women's Foundation

Domestic violence has increased not just in the U.S. but around the world — particularly with more people staying at home and high-stress situations from the pandemic. That can also make it harder to report incidents.

Duncan says if you see someone using the signal, call the police or check in privately with the individual.