Why Silicon Valley Is Taking A Rare Stand Against Donald Trump 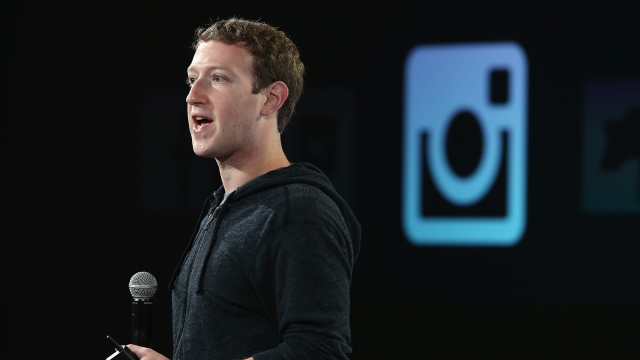 Tech companies are already struggling to hire the best high-skilled foreign workers. The Republican nominee's policies would make that tougher.

The tech industry is booming, and it has more unfilled jobs now than ever. Companies like Apple and Google employ almost 7 million people in the U.S. And they say some of their best talent comes from high-skilled foreign workers. More than half of the current billion-dollar startups in the U.S. are founded by immigrants.

But getting high-skilled immigrants into these jobs is getting tougher. There are only 85,000 U.S. work visas given out each year, which means only about one-third of qualified applicants are able to work in the country. Right now, that's leaving the tech industry with many unfilled positions, despite the fact that over 200,000 applicants were sponsored for visas this year.

And Donald Trump's policies would make filling the jobs even tougher. He wants to do away with the visa program that lets companies employ high-skilled foreign workers altogether. Trump argues that the companies instead should be employing American workers.

"I know the H-1B very well; it's something that I frankly use," Trump said on CNN. "I'm a businessman, and I have to do what I have to do. ... It's very bad for business. And it's bad for our workers. And we should end it."

That's why the tech industry is taking a stand.

We do see a labor shortage here — in a global economy, when you're trying to market to the rest of the world, we are 25 percent of the economy but only 5 percent of the population. And what you continue to hear is that we need the ability to attract the best and the brightest talent, and we just can't do that right now.

That has some technology companies getting political for the first time ever. Just last week, Wired magazine endorsed Hillary Clinton. Back in July, over 100 leaders from major tech companies signed an open letter against Donald Trump's presidency. Many of those same companies pulled out of sponsorship at the Republican National Convention because they didn't want to be associated with Trump.

For their perspective, I sat down with Todd Schulte, president of Fwd.us — a company founded by Facebook's Mark Zuckerberg that's working toward immigration policy change.

"America's competitive advantage has always been that we're a nation of immigrants, but we no longer have a system of immigration laws that works," Schulte said.

Where Trump has driven Silicon Valley away on this issue, Clinton has championed it to garner more support. Unlike Trump, Clinton wants to expand the current high-skilled visa program. One of her policies would automatically give immigrants who earn STEM degrees at U.S. universities visas after graduation. Trump's would not.

"I don't think it should come as any surprise that his immigration plans are both absurd and awful ... the idea that we are going to round up 12 million people and build a wall — economically devastating things," Schulte said. "After the election when the dust settles here, I think we're going to have a good election result here. You have one candidate who isn't into immigration reform and one who's an anti-immigrant demagogue. If we get the right election results, I think we'll be back at the table."