Why Some Are Upset Over Sinclair Broadcast Group's Media Bias Message 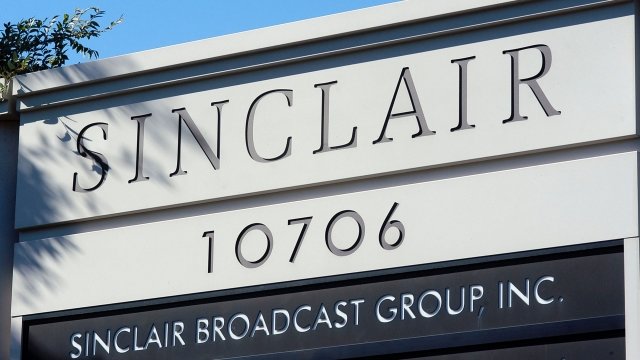 The message itself isn't new — what's interesting here is the source.

"The sharing of biased and false news has become all too common on social media," a KOMO anchor said.

"Unfortunately, some members of the media use their platforms to push their own personal bias and agenda to control exactly what people think. This, as we've seen, is extremely dangerous to a democracy," multiple anchors said.

Dozens of news anchors at TV stations owned by Sinclair Broadcast Group were required to record the same promotional video that warns against "biased and false news." The video invites viewers to share feedback if they think the station's coverage is unfair.

The message itself wasn't surprising or even new. For months now, there's been a growing national conversation about misinformation and fake news.

And the concept of corporate marketing messaging delivered at the local station level isn't new, either. But what's interesting here is the source.

Sinclair itself has been criticized for coverage that's biased toward the right — sometimes overtly so. And some of these stories are corporate-produced "must-run" packages Sinclair stations are required to air.

So Sinclair has been the subject of some industry scrutiny for some time — fairly or unfairly, depending on your point of view. But there's at least one reason for the scrutiny.

With a total of 193 TV stations, Sinclair is the largest broadcaster in the U.S., meaning its reach is pretty unmatched in local TV. And now it's trying to double-down on that status by seeking federal approval to acquire Tribune Media.