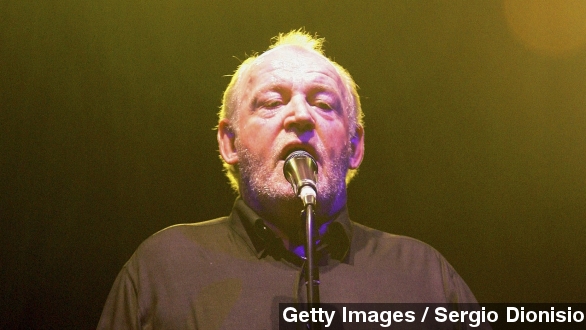 The English rocker known for songs like "With a Little Help From My Friends" and "Up Where We Belong" died Monday after battling cancer.

Born in 1944, Cocker grew up in Sheffield, England, and began pursuing a music career in his 20s. He shot to fame in 1968 when his cover of The Beatles' "With a Little Help From My Friends" rose to No. 1. Cocker's version of the hit song would later be used as the theme song for the ABC television show "The Wonder Years." (Video via Regal Zonophone / Joe Cocker, ABC / "The Wonder Years")

In 1983, Cocker won a Grammy for "Up Where We Belong." The duet with Jennifer Warnes was featured in the film "An Officer and a Gentleman."

Queen Elizabeth awarded Cocker an Order of the British Empire in 2007 for his services to music, and in 2010, Cocker was included in Rolling Stone's list of the 100 greatest singers of all time. The outlet called his voice "an irresistible force that combines a love of American soul music with an undeniable depth of feeling."

After learning of Cocker's death, Beatles drummer Ringo Starr wrote on Twitter: "Goodbye and God bless to Joe Cocker from one of his friends. peace and love."

And Sony Music's chief executive, Edgar Berger, released a statement saying, "Joe Cocker is a legendary artist of rock and blues history and yet he was one of the most humble men I've ever met."

Cocker leaves behind his wife, stepdaughter and two grandchildren.