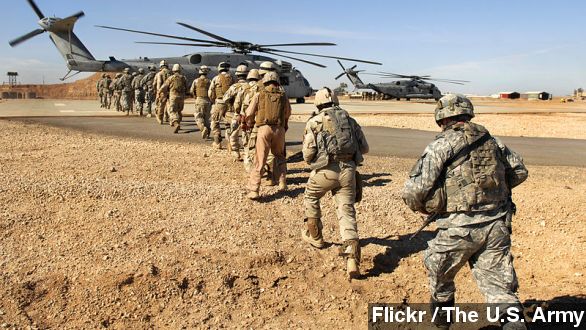 Six American NATO soliders are dead after thier helicopter went down. There are no reports of enemy fire at this time.

Six American soldiers serving in Afghanistan were killed in a helicopter crash Tuesday.

It happened in the southern Afghan province of Zabul. There have been no reports of enemy fire in the area. (Via Sky News)

A statement by the International Joint Commission said "Cause of crash under investigation," by both the Pentagon and Afghan military officials. (Via Twitter / @IJCPress)

CNN reports one person survived and a points to a possible cause of the crash.

"Of course because they want to notify the families first... There is a report of some kind of engine failure we're told... Terrible news for the families."

Although the ultimate goal is no deaths,  Fox News points out the annual number of U.S. troop deaths has actually decreased in recent years.

There are currently more than 40,000 American troops in Afghanistan. Most troops are expected to be withdrawn by the end of 2014.