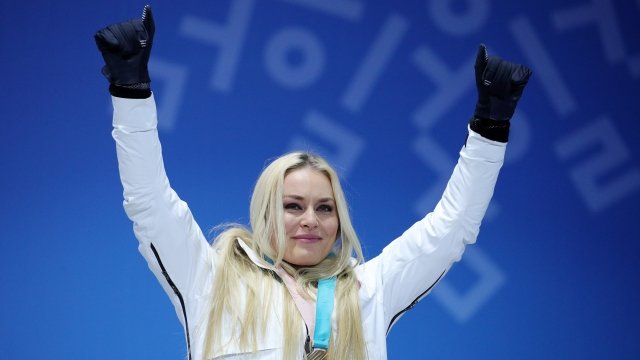 The U.S. skier said she wants to keep going, but her body can't take another four years.

U.S. skier Lindsey Vonn won bronze in what will probably be her last Olympic downhill race. The 33-year-old is also now the oldest female medalist in Alpine skiing.

It was an emotional win for Vonn, who posted on Twitter before the race that it will probably be her last downhill run.

She told NBC News that she wishes she could keep going, but her body can't take another four years. She also said she wanted to win for her grandpa, who died in November.