Skip The Situps, Save Your Back 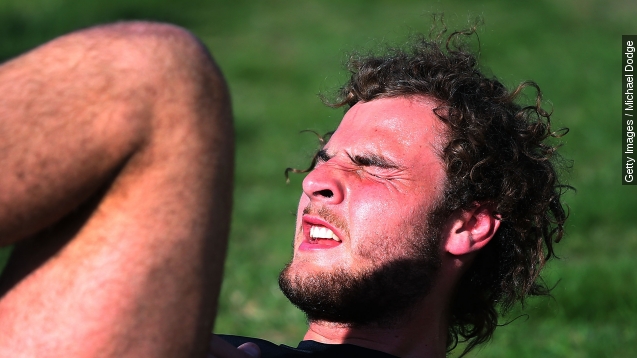 Doctors have long argued that situps are bad for your back. But that doesn't mean you should cut out ab exercises altogether.

Once the epitome of fitness, the situp's reign might be coming to an end.

Doctors have long argued the exercise is too risky for one's back.

One professor of spine biomechanics told the Wall Street Journal situps can place "hundreds of pounds of compressive force on the spine."

And now situps might even be dropped in settings especially known for toughness. (Video via U.S. Navy)

A recent editorial published in Navy Times advocates for the exercise being removed from a physical test sailors have to pass twice a year. (Video via U.S. Navy)

Canada's Armed Forces has already cut it from its fitness tests, contending that situps don't relate much to the conditioning required to get soldiers ready for the battlefield. (Video via Canadian Armed Forces)

Many experts say a better alternative to situps are plank exercises.

This video includes images from Getty Images and The U.S. Army.