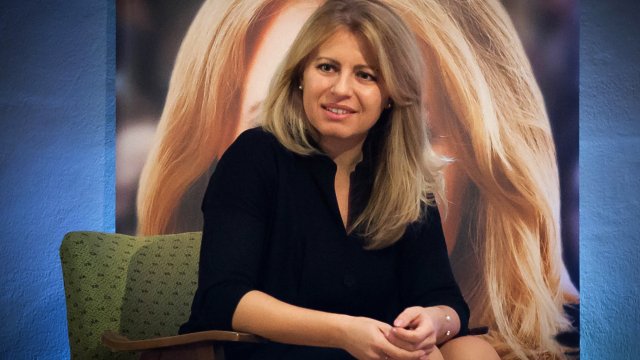 Zuzana Caputova's first foray into politics is as a presidential candidate and possible winner.

A woman with no previous experience in public office may soon hold one of Slovakia’s highest government positions.

Zuzana Caputova is running for president and it’s looking like she may win. The 45-year-old lawyer’s campaign focuses on fighting corruption, following the murder of a young journalist known for uncovering fraud among the politically-connected elite.

The murder incited the largest protests the country’s seen in decades and led to the resignation of Slovakian Prime Minister Robert Fico.

Caputova’s endorsement by the protest movement threw her into the spotlight. She’s currently a frontrunner and has the support of more than 50 percent of the country’s voting population.

In Slovakia, the president has the power to veto some senior government appointments, although they don’t control day-to-day operations. Polls in the country opened Saturday. The two candidates who get the most votes in the election will head to a run-off later this month.