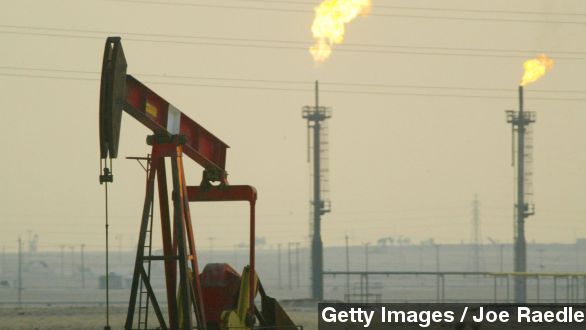 While the world's oil supply has kept oil prices remarkably low, many thought OPEC was willing to wait things out and let the competition hurt.

For those confused by what OPEC was getting at the past several months, get ready for more confusion.

Madueke said, "Almost all Opec countries, except perhaps the Arab bloc, are very uncomfortable." She added if prices slip "any further it is highly likely that I will have to call an extraordinary meeting of Opec in the next six weeks or so."

This comes just months after OPEC decided not to cut back on production despite remarkably low oil prices. Many thought the 12 member nations would take their traditional route of adjusting production to keep prices up. (Video via RT)

And all this just as it appeared we were starting to see the oil conglomerate's competition showing its own weaknesses.

Bloomberg also estimated 30,000 U.S. workers have been laid off due to budget cuts and an overall slowdown in the industry.

The assumed OPEC strategy up to now was if it can't set oil prices where it wants them, it can at least hold onto its market share and make producing oil so unprofitable it drives off competitors.

U.S. shale oil production through fracking helped contribute to the glut in the world's oil supply. There's a wide range of break-even estimates for what oil prices have to be to make shale drilling profitable, though many put it somewhere in the range of $60 to $70 a barrel. (Video via Journeyman Pictures & The Telegraph)

This latest announcement, though, would signal prices might be hurting OPEC enough the member nations are finally blinking. Many of them rely on oil maintaining a certain price to balance their national budgets. (Video via Al Jazeera)

Late Monday, the price for a barrel of crude still sat at less than $50 a barrel with the price of Brent crude about $10 higher at $59.