Small Business Administration Says It's Out Of Money For PPP Loans 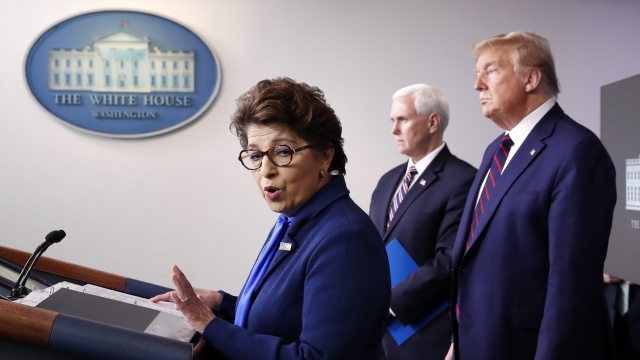 An emergency program to help small businesses keep their employees on the payroll has run out of money less than two weeks after it launched.

The Small Business Administration said Thursday it had exhausted the $349 billion Congress approved for the Paycheck Protection Program and that it wouldn't be able to process any more loans.

"The SBA is currently unable to accept new applications for the Paycheck Protection Program based on available appropriations funding. Similarly, we are unable to enroll new PPP lenders at this time," a spokeswoman for the administration said in a statement.

The program offers businesses loans up to $10 million to pay their employees who have been unable to work amid the coronavirus outbreak.

The Senate is currently at an impasse over new funding for the program. Republicans have requested another $250 billion in emergency funding.

"Democrats have spent days blocking emergency funding for Americans’ paychecks and now the bipartisan program has run dry. This did not have to happen,” Senate Majority Leader Mitch McConnell and House Minority leader Kevin McCarthy said in a joint statement on Wednesday.

Democrats say they want a portion of the new PPP money to be reserved for minority-owned businesses and shops in underserved communities. They also have concerns about the rollout of the program.

Senate Minority Leader Chuck Schumer tweeted Wednesday: "Our small biz programs need more money now. We all agree. But Dems actually want to get it into the hands of all who need it."

Democrats say they also want to add more emergency funding for hospitals and state and local governments into any legislation to further fund the PPP loans.

National Small Business Association CEO Todd McCracken blasted lawmakers in a statement on Wednesday, saying, "Lawmakers should not be in the business of picking winners [and] losers: all small businesses deserve access to assistance, not just those lucky enough to get their applications processed before mid-April. Absent prompt action, we could be at the start of a very painful, long economic downturn.”