Inflation Taking A Bite Out Of Restaurant Owners Across The Country 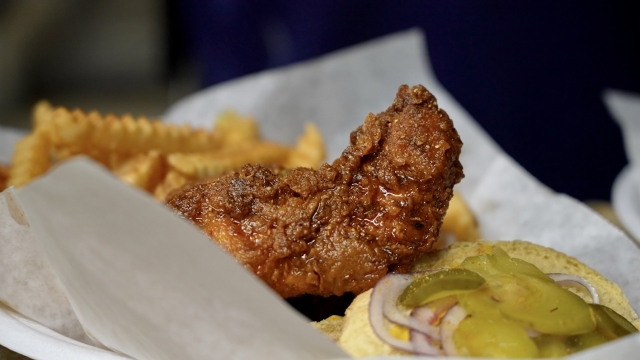 A Nashville restaurant owner shares inflation troubles with Newsy. He says he's had to raise prices and then lower them just to make ends meet.

Tommy Buchanan is the owner of "Granddaddy's Famous Hot Chicken," just outside of Nashville, Tennessee. He works hard to make sure everything he serves has flavor.

"I always know that it's a great meal when my sinuses start to run," said first-time customer Stephen Paige.

"It's not just heat here. It's flavor with it," Buchanan said.

When it comes to hot chicken, there are different heat levels. At Buchanan's restaurant, it goes from mild to "thinking twice."

Restaurants across the country have had to raise their prices because the cost of ingredients are getting more expensive. That's partly due to the pandemic and Russia's war with Ukraine.

Buchanan says his business is in a tough spot and is not seeing the volume of customers he would like to see. Pre-pandemic, he had eight employees. Now he's down to one.

NEWSY'S STEPHANIE SANDOVAL: How have you had to change your prices because of inflation?

And it's not just happening in Nashville.

In New York, the classic bacon, egg and cheese breakfast sandwich, which is a New Yorker staple, has gone up in price. One bodega owner had to raise the price from $2.50 to $4.50.

Last month, the U.S. Department of Labor reported wholesale inflation went up by 11.3% from a year ago.

"You're coming out with like $90-$100 for four meals," Tennessee resident Elizabeth Lee said. "And it's just too much."

"The prices, they're crazy. I can't even. I don't even know what to do anymore," Nashville visitor Joshua Fisher said.

For Buchanan, the cost of his restaurant's survival comes with a higher price.

"We gotta get people to understand that we're trying to survive like everybody else," he said.

For now, he'll keep the fryer going as long as he can keep the lights on.