Snapchat Could Gain A Valuable Foothold In Mobile Payments 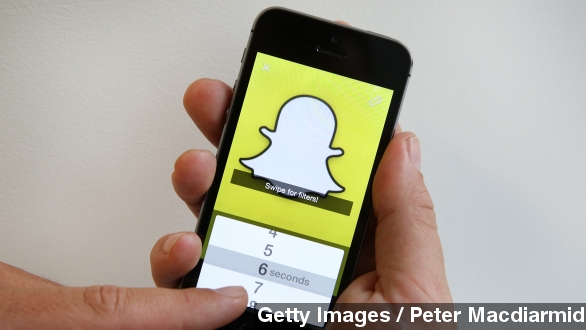 With millions of existing users, Snapchat could be a solid competitor in the peer-to-peer money sharing business.

Snapchat announced Monday that users of the popular photo-sharing app will soon be able to send friends something that will last more than 10 seconds: cash.

Snapchat is teaming up with Square to launch Snapcash, a service that allows friends to send money to each other by simply typing in a dollar amount and pressing send. It used this — we'll say enthusiastic — video to break the news.

Right now, only Android users 18 and older that also have a Visa or Mastercard debit card can use Snapcash, but it's likely to expand to iOS and other card carriers as well.

Re/code writes that this feature arrives as Snapchat tries to move beyond its traditional photo-sharing service into a broader media platform. It just launched its first paid advertisements.

And it's reportedly working on partnerships with Buzzfeed, Comedy Central and Vice to feature their content within its app.

It was revealed last month that code existed within Facebook's messenger to send mobile payments, but the company hasn't announced any plans to roll out the feature yet.

Though Snapchat does have to deal with existing competition, like Google Wallet and Venmo.

But TechCrunch brings up a good point about Snapcash, noting the service's photo-sharing roots could give it a broad user base.

"By wedging itself into p2p payments through a consumer app that tens of millions of people already regularly use with their close friends, Snapcash could inject itself into the lives of people who never considered downloading a finance app."

Square will be responsible for storing all user information regarding payments. It's a move probably meant to eliminate security concerns after thousands of users' Snapchat photos were leaked online recently after a third-party app was hacked.