Snapchat's Safety Center About More Than 'No Nudes' 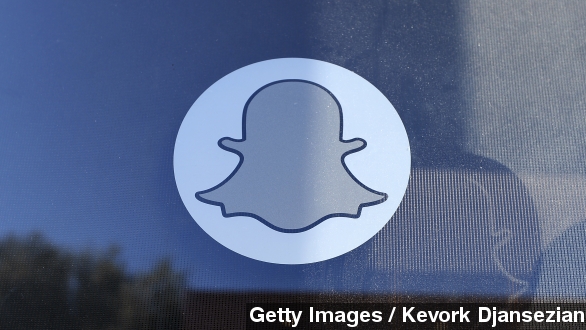 "Our main approach is to get people to relax and not panic about technology that they may not understand," said Larry Magid of ConnectSafely.
"Young people really just like to be themselves. ... One of the reasons why Snapchat is so popular is that people can just be in the moment," said Anne Collier of ConnectSafely.

Snapchat has partnered with three organizations aimed at keeping children and their parents safe, private and secure online. In addition, the company has published a very colorful page on its site cataloging its guidelines, policies and resources. (Video via ConnectSafely / National Center for Missing & Exploited Children)

In a set of how-tos and tips not entirely unlike a "how to talk to your kids about ..." public service announcement, the page provides parents and guardians with everything they'll need to know to talk to their kids about Snapchat.

Of note, the popular photo-messaging app very nearly positions itself as an inevitable part of every child's life, writing, "because Snapchat is an important way many young people communicate, parents and teachers should talk with them about how they’re using Snapchat."

Of course, with half of its estimated 100 to 200 million active users being between the ages of 16 and 24, Snapchat has some level of justification for labeling itself "important" for "many young people."

Media outlets were quick to jump to sexting conclusions, pointing to the company's suggestion to "keep your clothes on." Snapchat received quite a bit of media attention in the past for its purported use among teens as a way to send nude photos, like this 2013 report from our partners at WXYZ:

"Snapchat is making a name for itself as the newest sexting tool. In an age when teens are constantly being warned to be aware of what they post online, Snapchat offers a degree of freedom with self-destructing messages that last no longer than 10 seconds."

But in all actuality, Snapchat's Safety Center is about a whole lot more than just telling kids to keep their clothes on. It's a well-researched set of documents backed by Internet-safety experts that could be helpful to parents who haven't the slightest clue about that messaging app with the little white ghost on their child's phone. Consider this bit from the guide:

"It’s important for kids to develop critical thinking skills ... It generally just works better to talk with our kids about their favorite tools – with genuine interest, not fear – because they're more likely to come to you when they need help."

And it even offers some good advice on passwords, telling users to "use a different password for every service you use." No seriously, listen to the little white ghost and vary your passwords.