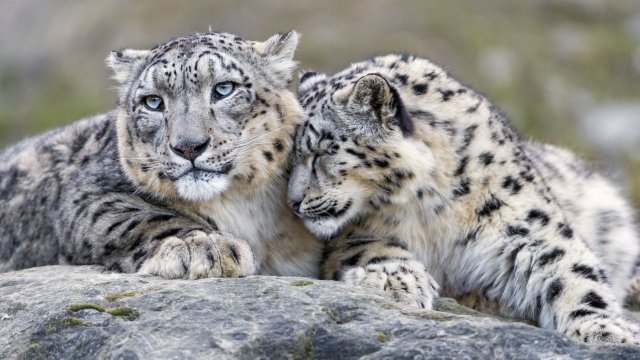 Even though they've been taken off the IUCN's endangered species list, snow leopards are still vulnerable — especially to climate change.

Snow leopards have been taken off the International Union for Conservation of Nature's endangered species list.

The rare animals only live in 12 countries in Asia, and their new status means they've bounced back from a population below 2,500. Which is great news for the large cat: It's been on the endangered list since 1972.

To determine if an animal is endangered or not, the IUCN looks at population size and population trends. If there are fewer than 2,500 individuals left, and their population is decreasing by at least 20 percent over 16 years, the animal's endangered.

How To Freeze The Decline Of Earth's Endangered Species

And while the snow leopard no longer meets those two criteria, this comeback story isn't over yet. It's still considered "vulnerable" by the IUCN.

The leopard still faces threats, mostly from humans. Perhaps unsurprisingly, the biggest threat may come from climate change, which could destroy up to 30 percent of the snow leopards Himalayan habitat alone.