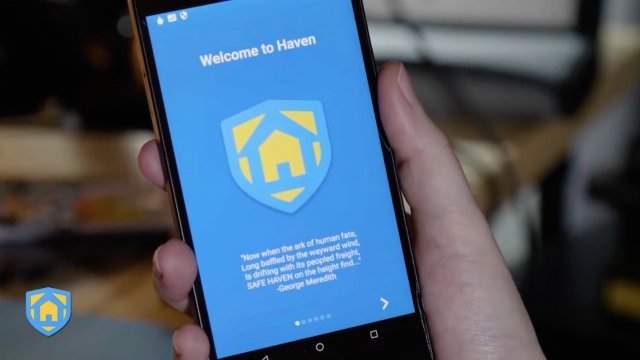 Haven uses the existing technology on Android smartphones to turn them into motion, sound, vibration and light detectors.

Freedom of the Press Foundation

Edward Snowden just unveiled one of his newest projects: a security app.

Haven, developed by the Guardian Project and Snowden's Freedom of the Press Foundation, turns any Android phone into a motion, sound, vibration and light detector.

Separate class-action lawsuits were filed Thursday from plaintiffs in California and Illinois.

Using either Signal or Tor — both of which use encryption technology — users can monitor the phone's event log remotely and privately. Haven isn't available for iOS devices, but the developers recommend buying an Android burner, which can cost less than $100.

Snowden says the app was designed for "investigative journalists, human rights defenders and people at risk of forced disappearance."