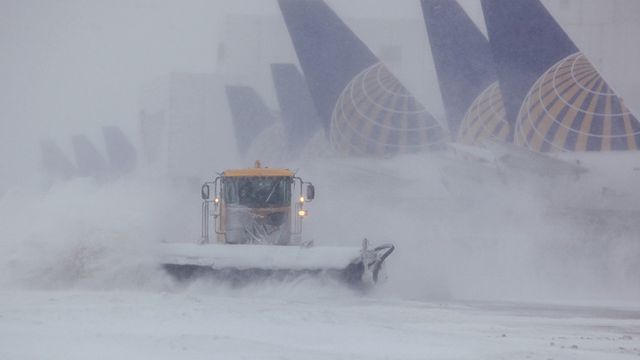 According to a Colorado school district's website, "as many as 50 percent of staff have been unable to get flights home."

According to the Summit School District's website, "as many as 50 percent of staff have been unable to get flights home." As a result, the district closed schools Monday.

A late-season snowstorm dumped anywhere from 5 inches to 3 feet of snow across the state, causing major transportation issues.

Newsy's partners at KMGH report more than 800 flights were canceled at Denver International Airport over the weekend.

A spring break followed by a snow day? Probably a bit more uncommon. But we're guessing these students and teachers don't mind.