Soda Taxes Might Sway People To Cut Back On Sugary Drinks 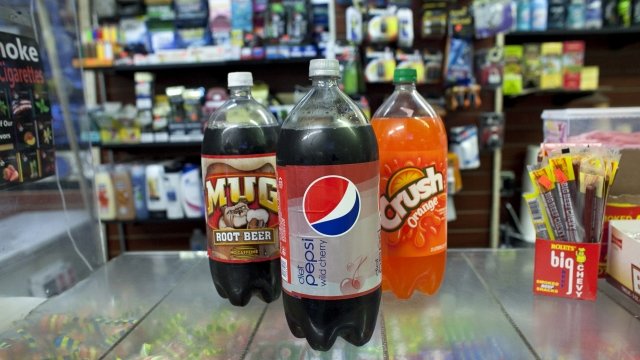 After soda and other beverages were taxed more, Philadelphians were less likely to drink sugary drinks every day, according to a new study.

In the past decade, some cities have started taxing sugary drinks to raise money for local governments and to promote healthier lifestyles. A new study shows these taxes can help change people's diets — at least in the short term.

Soda Is No Longer America's Most Popular Beverage

Americans downed about 12.4 billion gallons of soda in 2016, but that wasn't enough to take the top spot.

But the study only focused on consumption in the first two months after the tax was implemented, so it might be too early to tell if the changes will last. One lawmaker already introduced a bill to kill the tax.

Soda taxes aren't always popular with store owners or taxpayers. They're usually intended to fill government budget gaps quickly, but they don't always work. In Cook County, which includes Chicago, officials passed a soda tax to raise $1.8 billion. But it was repealed after just two months when people realized it wouldn't generate as much revenue as they thought.