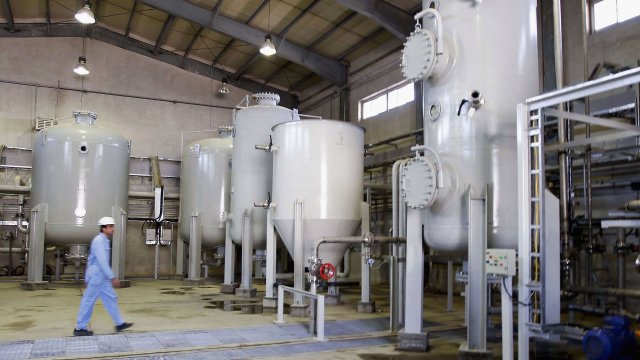 Escalation between Iran and the U.S. could make it harder to preserve the remaining constraints on Iran's nuclear program.

The U.S. killing of Iranian General Qasem Soleimani is stoking fears that Iran could speed up progress on its stalled nuclear program.

Last year, Iran restarted uranium enrichment at one of its reactors at levels slightly beyond the limits set by an international agreement. Tehran also threatened a further breach of that agreement would come in early January if the country wasn't granted sanctions relief.

That breach is now expected within days, and Soleimani's killing could prompt Iran to take more severe steps. Experts say that may even include clamping down on the international monitors surveying its program.

Iran has been gradually breaking away in stages from the deal designed to limit the country's nuclear activities, ever since President Trump pulled out of that agreement in 2018.

The other nations involved in the Iran nuclear deal — China, France, Germany, Russia and the U.K. —have been quietly sustaining the agreement, hoping to persuade both sides to return to their obligations under the deal.

Iran's Supreme Leader, Ayatollah Ali Khameini has promised "severe revenge" against the U.S. for Soleimani's death. Any escalation from Iran could also make it tough for European nations to ignore the country's current violations of the deal.

Iran is still months away from actually acquiring a nuclear weapon: it's only producing 5 percent enriched uranium at the moment, well short of the 90 percent threshold needed for a bomb.