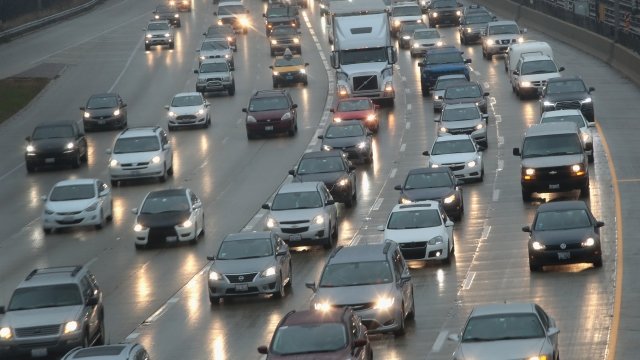 While the new regulations could help some automakers, many top players stand to lose business in the U.S.

When Environmental Protection Agency Administrator Scott Pruitt announced plans to walk back regulations on emission standards, some declared a win for the auto industry. But it's unclear if top industry players actually feel this way.

Pruitt said Obama-era regulations pressured automakers to create expensive cars nobody wanted. He also noted that with falling gasoline prices, people are buying fewer hybrids and more SUVs — and that regulations should help U.S. companies like Chrysler and GM meet that demand.

But some U.S. companies, like Ford, said they didn't want the rollback and would support clean car standards "consistent with the Paris Climate Accord."

Another Automaker Is In The Hot Seat Over Alleged Emissions Cheating

The rollback could also hurt business for Honda, Hyundai and Toyota, which invested in hybrids and electric vehicles after other countries adopted strategies similar to the U.S.' current strict rules. A Honda executive noted that even if the company takes an economic hit in the U.S., it couldn't stop producing fuel-efficient cars demanded by those other markets.

The rollback could even hurt Tesla, which makes money selling its unused emissions credits to other car companies. Lowering standards would make them worth less.