Why Are These Democrats Keeping Their Distance From Hillary Clinton? 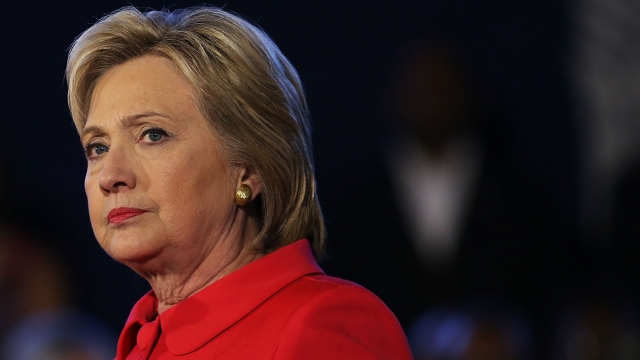 Even politicians who have endorsed Clinton don't seem eager to get too close.

It's no secret that some Republicans aren't backing their party's nominee for president.

But there's also a number of Democrats who don't seem eager to get too close to Hillary Clinton.

"I'm not going to campaign with her. That's not my role at all. My responsibility is to work directly with my constituents," U.S. Rep. Brad Ashford of Nebraska said.

U.S. Rep. Brad Ashford — Nebraska's lone Democrat in Congress — didn't appear with the Democratic nominee when she recently campaigned in his state, even though he already endorsed Clinton.

"I cannot be a supporter of Hillary Clinton. The reason I can't be is her position on coal is diametrically, completely wrong in many, many different ways," Justice said.

During a CNN town hall meeting back in March, Clinton said, "We're going to put a lot of coal miners and coal companies out of business."

That didn't sit well with West Virginia voters — many of whom have seen their local economies tank due to coal mines shutting down.

And there was one notably awkward moment with Democratic New Hampshire Gov. Maggie Hassan.

After she dodged questions about Clinton's trustworthiness in an interview with CNN, her campaign later said Hassan thinks Clinton is trustworthy.

There's one thing all of these Democrats have in common: They're all in re-election races for their offices.

And with more than half of voters having an unfavorable opinion of Clinton, these politicians might be trying to avoid associating with her too closely.