Protecting DACA Recipients Could Hold Up The Government Funding Deal 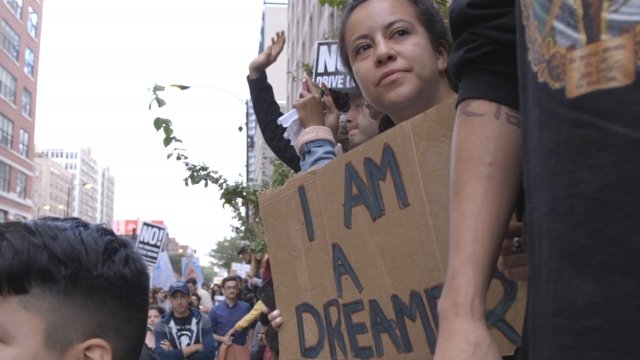 Congress has until Dec. 8 to avert a shutdown.

Congress is starring in another installment of "Are We Going to Shut Down the Government This Month?" And this time, the big fight is over protections for recipients of DACA, or "Dreamers."

Republicans know they'll need Democrats to get a year-end spending bill passed in the House, and some Democrats are willing to withhold their votes unless there's a deal to protect Dreamers from deportation.

"Conservatives in the House ... don't want to see some kind of DACA fix in a spending measure in early December. And then you have liberal Democrats on the opposite ends of the spectrum, and they say it has to be in there," Politico immigration reporter Ted Hesson told Newsy.

Some moderate Republicans are on board with a DACA fix. Earlier in November, 15 Republican House members called on House Speaker Paul Ryan to get something done by the end of the year. But the party still has to work out what that fix would look like.

"Some Republicans think it can be done in different ways — maybe a smaller subset of people, a little narrower, a little more restrictive. What vehicle they choose can be a part of the dividing line," Hesson said.

Republicans who want a clean spending bill argue DACA protections should be taken care of separately. Democrats say the spending bill gives them the leverage to make sure this actually gets done.

It's not clear how much of the shutdown talk is just that: talk. But one thing is clear: Both sides want to be able to blame the other.

"No one wants the federal government to shut down, period. But if it does, neither party wants to be the one that the blame gets pinned on," Hesson said.

Right now, it's not really clear who would take the fall if it does happen. But after the Sen. Ted Cruz-led shutdown of 2013, Republicans ended up on the losing end of polls. One poll at the time found more than three-quarters of Americans disapproved of how the GOP handled budget negotiations.