Some Fear How The 8.7% Hike To Social Security Checks Will Affect Them 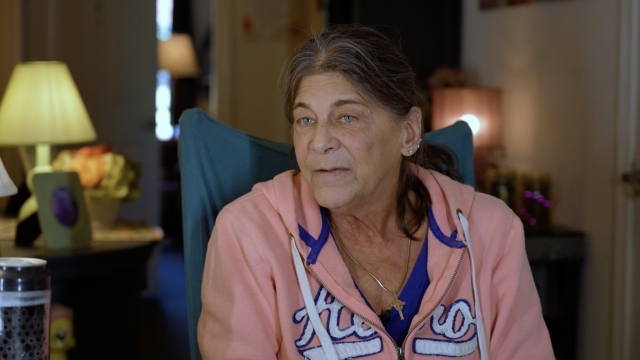 Some people fear their rent may increase as it is calculated based on their income.

Raising kids is no easy task and can be even harder with age.

According to the U.S. Census, about 2.4 million grandparents were responsible for their grandchildren in 2020.

“I gave up everything because I wanted what was best for him, and I still do,” said Susan Brown.

Brown is just one of many residents that live in a subsidized apartment complex in Smithville, Tennessee, primarily for grandparents raising grandchildren. She’s raising her 11-year-old grandson.

“It’s a big job to raise a grandchild by yourself,” Brown said.

Starting next year, Social Security beneficiaries will get an 8.7% increase to their benefits amid inflation.

The Social Security Administration estimates the average recipient will receive more than $140 extra every month.

“This is going to help me because Sylas’ feet are going to continue to grow and he’s going to need a new pair of shoes. And I will have the money to buy him a new pair of shoes,” said Brown. “It’s just unbelievable the costs involved. Nothing that I regret. And if I give up something because of him, it never bothers me because it’s worth it to me. It’s an investment investing in his future.”

Social Security Admin. Announces Benefits Will Jump By 8.7% Next Year

Lisa Schell, who primarily takes care of her now 19-year-old granddaughter and many of her other grandchildren, says any amount would help.

But not everyone is as excited.

Robert Brigham, 70, and Vicki Yslas, 64, have two grandchildren living with them – the oldest has Asperger’s Syndrome.

Reporter: How long have you been taking care of your grandkids for?

“Since they were … I got my oldest one … he was around one and a half,” said Brigham.

Now that their grandkids are much older, they’re able to help out with bills.

But as everyone gets older, it’s getting harder.

“When you have a handicapped child, you’re not getting benefits for him because he’s 20 years old. So, we already lost that benefit. Still gotta feed him,” said Brigham.

His wife says living in the subsidized apartment complex has helped out a lot.

Their rent is calculated based on their income.

Come Jan. 1, she’s worried about how the Social Security increase will affect them.

“The rent will go up. And I’m very afraid of losing the food stamps. I’m very afraid,” said Yslas. “Whatever is left after the rent, it’s probably not going to be enough cash without stamps to do food. So, I’m scared. I don’t know what’s going to happen.”

“With the two of us combined, we’re right on the border limit for everything,” said Brigham.

Yslas says they’ve already had to cut back.