Clinton or Trump? Some Millennials Prefer A Life-Ending Meteor Strike 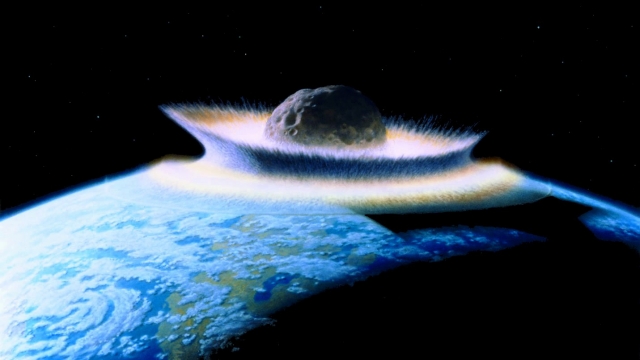 Donald Trump, Hillary Clinton or giant flaming meteor of death? A new poll suggests this election cycle is making the apocalypse look pretty good to a fair number of millennials.

The UMass Lowell/Odyssey poll asked 18- to 35-year-olds which of these scenarios they'd prefer: a Clinton presidency, a Trump presidency, a life-long presidency for Barack Obama, a president chosen from a random lottery of U.S. citizens or "a giant meteor striking Earth and extinguishing all human life."

SEE MORE: Here's Why Some Write-In Votes For President Might Not Count

Twenty-three percent of millennials would choose the meteor strike over having Clinton or Trump in the Oval Office.

Thirty-nine percent of millennials basically said, "Forget the Constitution; we'd prefer it if President Obama stayed in the White House for life."

And 26 percent of those polled would rather take their chances with picking a random citizen to be the leader of the free world.

Don't worry — the professors who conducted the poll don't really think people would prefer an actual meteor strike. Instead, they see it as "a sign of displeasure and disaffection with the candidates and the 2016 election.” Um, you think?

The poll also asked — shall we say — more common questions, like whether likely voters would characterize Clinton and Trump as honest and qualified to serve.

Clinton came out ahead in the "qualified to serve" category. But as you probably gathered from the pro-meteor contingent, Clinton and Trump both faired poorly in the honesty department.

SEE MORE: Between Clinton And Trump, Some Choose To Swap Their Vote Instead

The poll found Clinton beating Trump 3-1 in a head-to-head match up. Even replacing Trump with his running mate at the top of the ticket wouldn't make much of a difference.

That finding leads pollsters to believe that millennials who are likely voters are three times as likely to be Democrats than Republicans.