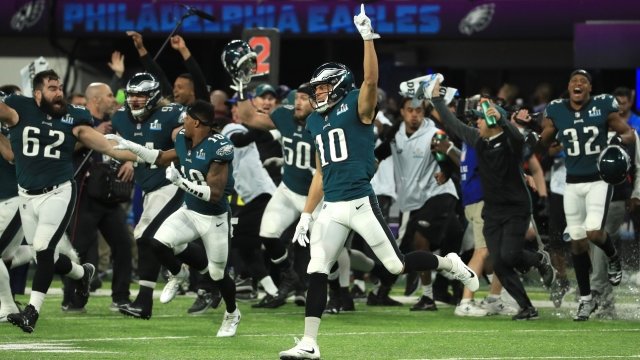 Malcolm Jenkins, Torrey Smith and Chris Long said they would skip the traditional visit, which usually happens after a team wins the big game.

A growing number of Philadelphia Eagles players aren't planning to visit the White House if President Donald Trump extends an invitation to the Super Bowl champs.

Malcolm Jenkins, Torrey Smith and Chris Long have all said they'll skip the traditional visit, which typically happens after a team wins the big game.

"I'm about creating positive change in the communities that I come from, whether it be Philadelphia, New Jersey, Ohio, Louisiana or this entire country," Jenkins told CNN.

The boycott isn't exactly surprising, considering Trump and many NFL players butted heads over protests during the national anthem.

The president has also criticized the league's ratings and called the game "boring" and "too soft."