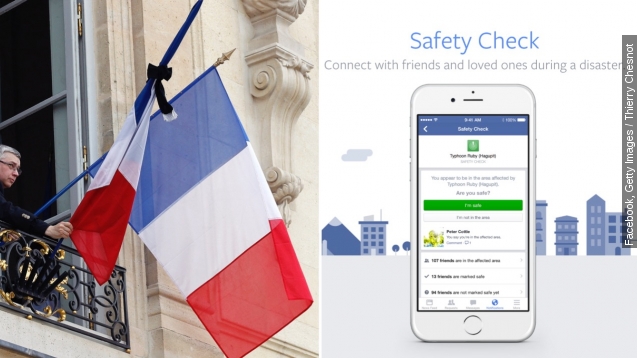 After the Paris attacks, Facebook activated a safety feature, but critics are asking why the company didn't offer the feature after other attacks.

Facebook responded to the tragedy in Paris by activating Safety Check for a situation outside of a natural disaster for the first time.

But some are wondering, why this tragedy?

Criticism of Facebook's timing centers on the twin suicide bombing in the Lebanese capital of Beirut earlier the same week, an attack that, like Paris', ISIS claimed it carried out. (Video via BBC)

Safety Check uses location data from smartphones to quickly let those in disaster areas alert their Facebook friends that they're OK. (Video via Facebook)

It was originally launched to respond to natural disasters and expand how people already use Facebook, letting them also communicate during crises. Facebook responded to questions about its decision in a post on Saturday.

A representative wrote, "There has to be a first time for trying something new, even in complex and sensitive times, and for us that was Paris."

Facebook founder Mark Zuckerberg added, "We care about all people equally, and we will work hard to help people suffering in as many of these situations as we can."

The company's French flag filter for profile pictures is also receiving criticism. Some see the filter as Facebook prioritizing Western countries over other nations that see more frequent attacks, particularly those in the Middle East.

Facebook's statement Saturday didn't address the flag filter, but it did point out the tool isn't ideal for ongoing conflicts, partly because they don't have "a clear start or end point." (Video via Facebook)