Some Spiders Mimic Ants To Avoid Being Devoured 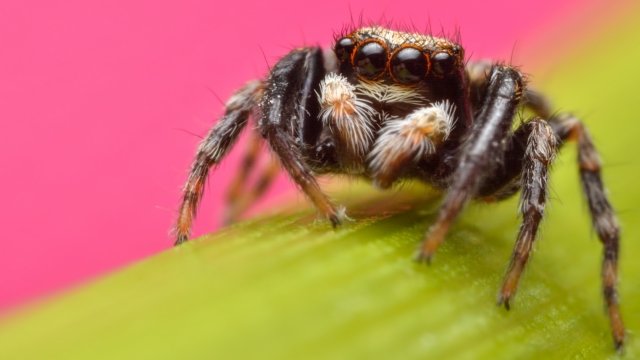 Many spiders have attack mechanisms to fight off predators, but some will copy other insects to survive.

Some spiders defend themselves with venom. Others simply hide in plain sight.

Researchers studied how jumping spiders use mimicry to disguise themselves as ants. While most animals mimic by altering their physical appearance, spiders do it by changing how they move.

That's because spiders are a more sought-after food than ants. But many of their predators — like some toads, lizards and wasps — have slow visual systems, so these spiders will move like ants to throw off attackers.

There's Nothing Itsy Bitsy About The Number Of Bugs Spiders Eat

A study estimates the creatures eat as much or more than the global human population every year.

The arachnids' motions are pretty sophisticated, too. They will replicate winding movements like ants do when they're following pheromone trails.

They can even sell their act while standing still. When predators are around, they'll pick up their front two legs and wave them like antennae.