Some Syrian Kids In Lebanon Work More Hours Than Americans 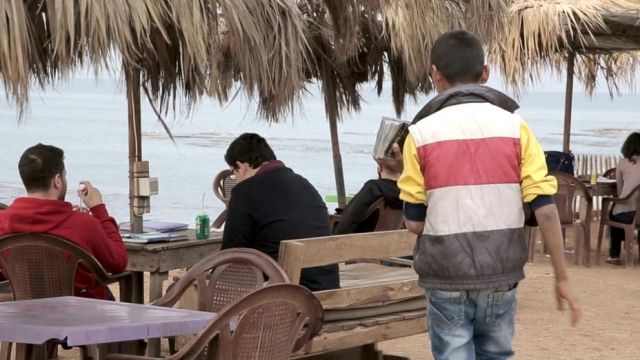 They do it to help their families.

Many of these Syrian refugee kids could be working longer hours than most American workers.

They sought refuge in Lebanon but found child labor instead.

A new report says more than 1 in 4 kids are selling CDs and other items on the street to help support their families.

SEE MORE: Watch Why UNICEF Had To Cut Its Social Experiment Short

"I went to work from 8 in the morning and didn't come back until 8 in the evening," Syrian refugee Bilal said.

Lebanon does have laws against child labor, but the country has been criticized for not doing enough to prevent kids from being exploited.