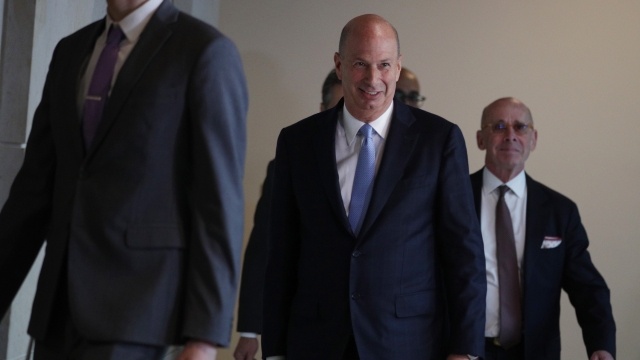 Perhaps the biggest bombshell is from Sondland himself, who admitted to delivering a "quid pro quo" message to Ukraine. That admission was made in an amendment to his original testimony; he said his memory is now "refreshed."

Sondland said, "I now do recall a conversation … where I said that the resumption of U.S. aid would likely not occur until Ukraine provided the public anti-corruption statement we had been discussing for many weeks."

Still, in Sondland's nearly 400 pages' worth of testimony, he did allude to possible discussion of a quid pro quo, saying in part, "I recall there was some kind of a text that aid was connected to some political agenda of the president's." Sondland now calls that "ill advised."

"The evidence is overwhelming and uncontradicted at this point, beginning with the White House's own contemporaneous memorandum about the phone call. It's very clear exactly what the president was doing at that point," said House Judiciary Committee member Democrat Jamie Raskin.

All of this only adds fuel to the fire surrounding President Trump, who continues to deny any quid pro quo despite mounting evidence from current and former officials both inside and outside the White House.

Volker called Giuliani a problem, saying, "In my view, [Giuliani] was impeding our ability to build the relationship the way we should be doing."

The testimony was released just hours after two more White House officials failed to show for scheduled depositions. Democrats have added a new witness to their list of scheduled testimonies: current White House chief of staff Mick Mulvaney. It’s unlikely he will appear.