'Sonic the Hedgehog' Could Be Headed To A Theater Near You 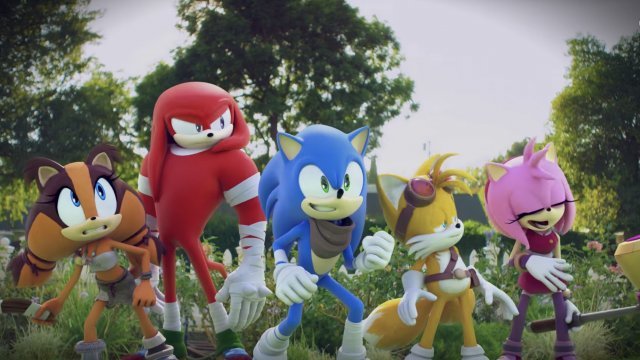 Paramount Pictures has picked up the rights, despite the fact video game movies don't generally have great track records.

The world's fastest hedgehog might be speeding into a theater near you.

Paramount Pictures recently acquired the movie rights to the "Sonic the Hedgehog" franchise after Sony let them lapse. "Deadpool" director Tim Miller has signed on to be a producer.

It's being described aesthetically as a mix of live-action and CGI animation.

Sonic had a straight-to-video release in 1996 called "Sonic the Hedgehog: The Movie."

The movie could be Hollywood's latest attempt to cash in on a lucrative video game franchise: Sonic has brought in over $1 billion in revenue since his 1991 debut.

The New 'Sonic' Game Lets Fans Insert Their Own Characters

But the movie's still a long way from making it to theaters, and it might not have an easy landing. Lots of producers have hoped to turn brand recognition and game popularity into box-office hits in the past.

But it's rarely worked out — remember the "Super Mario Bros." movie?

Yeah, that was really bad. And things haven't gotten much better since.

No video game adaptation has achieved even a 50 percent rating on Rotten Tomatoes, according to Consequence of Sound. Domestically, 2001's "Lara Croft: Tomb Raider" made the most money at the box office, bringing in $131 million, but most video game movies earn well below that, averaging only about $34 million since 1980.

But perhaps the tide is turning: Last year's "The Angry Birds Movie" gave "Tomb Raider" a run for its money with an almost $108 million gross in the U.S. and Canada.

The "Sonic" movie is scheduled for release in 2019.