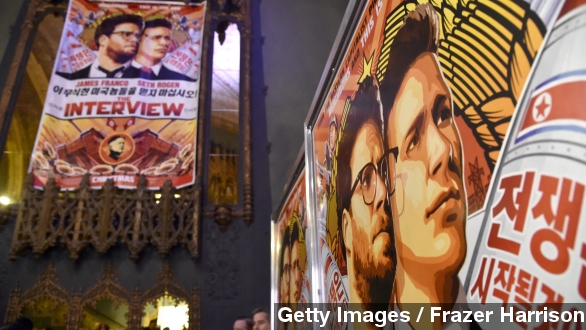 Sony will rent and sell "The Interview" on its own site, as well as on YouTube, Google Play and Xbox Video.

Beginning Wednesday afternoon, Sony will be renting out and selling "The Interview" through its own site, as well as on YouTube, Google Play and Xbox Video.

The New York Times reports Sony asked for White House help to get iTunes on board, but the company was not interested "at least not on a speedy time table."

Beyond that though, there hasn't been any further explanation from Apple.

CNN noted the YouTube Movie rental service Sony will be using has never before had a film as prominent as "The Interview."

The film, centered around the assassination of North Korea's ruler Kim Jong-un, had its Christmas release canceled last week after major theater chains pulled the film over threats from hackers.

Since November, Sony has been the victim of a massive cyberattack that the FBI has linked to the North Korean government.

President Obama called it "a mistake" for Sony to cancel the Christmas release. "We cannot have a society were some dictator some place can start imposing censorship here in the United States," said Obama.

Sony officials responded by saying they weren't giving up and were turning to independent theaters and streaming services as a way to still show the movie.

Earlier this week, Sony announced the film would be playing in hundreds of select theaters around the country.