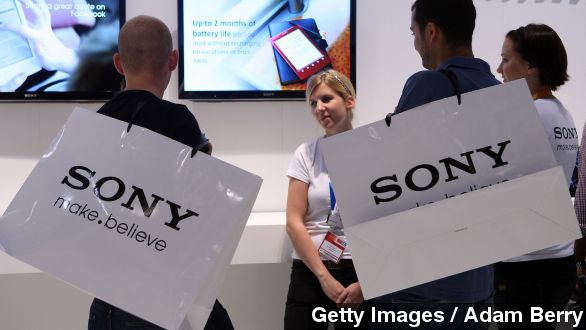 The same hackers that infiltrated Sony's computer systems have promised to deliver a "Christmas gift" as part of their next document dump.

It's a Christmas gift Sony is likely not looking forward to.

The same hackers that infiltrated Sony Pictures Entertainment's computer systems about a month ago and started releasing everything from company emails to unreleased movies, are now reportedly planning what they're calling a "Christmas gift" of an information dump.

Re/code reports in the latest dump of information, a message posted on PasteBin, purportedly from the hackers, reads, "The gift will be larger quantities of data. And it will be more interesting. The gift will surely give you much more pleasure and put Sony Pictures into the worst state."

Which sounds like a relatively big threat, seeing as leaked information from the company has already revealed scathing information like Sony paying some women less than men, execs trash talking celebs and making racist jokes about President Obama, and much, much more. (Via Radar Online, Business Insider, The Wrap)

And to make matters worse, there still appears to be no clear indication of who is behind all of this. The hackers have so far only identified themselves as the "GoP" or "Guardians of Peace." (Video via CBS)

Of course, North Korea is thought to be behind the attack, as retaliation over the upcoming release of Sony's "The Interview."

The hackers haven't said when they plan to release this "Christmas gift"or what it may contain. The F.B.I. is still investigating the source of the hack.