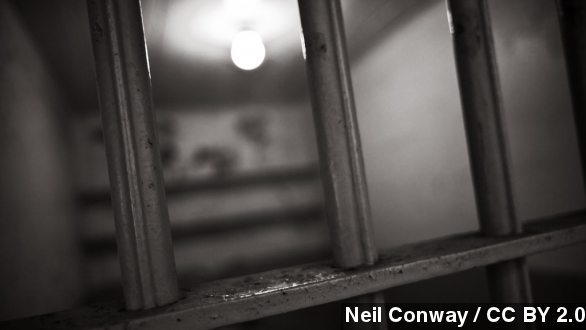 A S.C. judge dismissed the verdict in the 1944 case involving George Stinney, Jr., a 14-year-old boy convicted of a double-murder and executed.

The youngest American ever executed in the U.S. was exonerated Wednesday — 70 years after being put to death.

George Stinney, Jr. — a 14-year-old black boy — was convicted of killing two white girls — ages 11 and 7 — in Alcolu, South Carolina in 1944. Stinney was reportedly tried and convicted in the Jim Crow south by an all-white jury. Three months later, he was put to death in an electric chair. (Video via CNN / WIS)

For years, family and civil rights advocates have argued Stinney's case needs to be dismissed. They say the boy was forced to confess, there was little to no evidence, and, as one attorney told WLTX, there were big problems with the way the trial was conducted.

"There's an individual who served on — is the foreman of the jury on the coroner's inquest, is signed as a witness also on the indictment form, is a member of the grand jury. ... For one person to have been in so many steps of that procedural process, certainly tends to suggest a violation of George Stinney's due process rights," attorney Matt Burgess said. Burgess works for Coffey, Chandler and McKenzie, the firm who reopened Stinney's case.

The trial also took place in a time before many of the legal protections we have today were given to defendants. The New York Times lists cases like Strickland v. Washington, which set the standard for determining a lawyer's effectiveness; Batson v. Kentucky, which helps identify racial bias in jury selection; and Roper v. Simmons, which bans capital punishment for minors, as a few precedents we have today that Stinney didn't.

Judge Carmen Mullen confirmed in Wednesday's ruling that there were "fundamental, Constitutional violations of due process" in Stinney's 1944 case.

Al Jazeera reports blacks feared speaking out in Stinney's defense. That kept the case from going anywhere for decades. Stinney's now 77-year-old sister said her family was run out of town after the boy's arrest.

Then around 2009, attorney Steve McKenzie read about Stinney's execution. He and a local activist worked to re-open the case, using the argument that there was no written confession from Stinney, although he allegedly confessed in front of several white law enforcement officers. McKenzie said, "You're talking about white men in the Jim Crow South with a 14-year-old boy. It wasn't even close to being an even playing field."

The case was eventually re-opened and, in January, attorneys for the Stinney family argued to have the verdict dismissed. But some relatives of the victims feel it should still stand.

"He confessed, he was tried, found guilty by the laws of 1944 — which are completely different now and can't be compared — and I think it needs to be left as is," Frankie Dyches said.

The 70-year-old case is inviting comparisons to today, with activists and many academics saying racial disparity in the criminal justice system is still a problem.

Statistics from 2013 show South Carolina's population is nearly 70 percent white but its prison population is more than 60 percent black. And a study from the Death Penalty Information Center shows blacks are disproportionately executed for killing whites.

According to WIS-TV, Judge Mullen said Wednesday's ruling doesn't necessarily open the door for other old cases to be revisited.