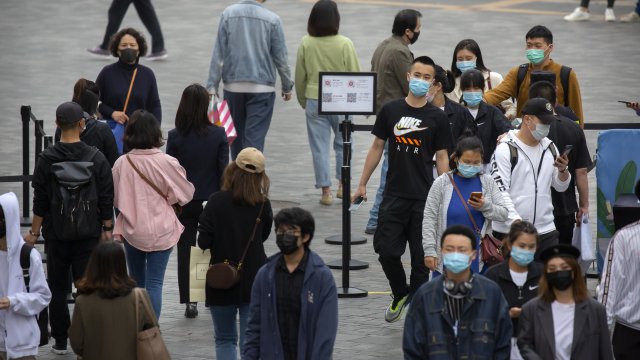 40 new coronavirus cases have been linked to South Korean nightclubs that opened after the country scaled back its stay-at-home measures.

South Korea's capital of Seoul has closed down more than 2,100 nightclubs and bars after a spike in coronavirus cases as the country eased its lockdown measures.

South Korea's Centers for Disease Control and Prevention said there were 18 new cases. All but one was linked to a man that had recently visited three clubs. Health officials say that number could go up as they scramble to contact nearly 2,000 people who visited the clubs and nearby venues.

Mayor Park Won-soon made the decision to enforce the ban until the city can conclude the risk of infection is significantly lower.

South Korea at one point had the most infections outside of mainland China but has since had significant success in containing the virus. That led to relaxing lockdown measures and reopening some schools.

As of Saturday, the country of more than 51 million people had reported fewer than 11,000 total infections and 256 COVID-19 deaths.

Amid the new spike and nightclub closures, the government is urging gathering places to enforce strict measures like temperature checks — and to keep lists of customers.