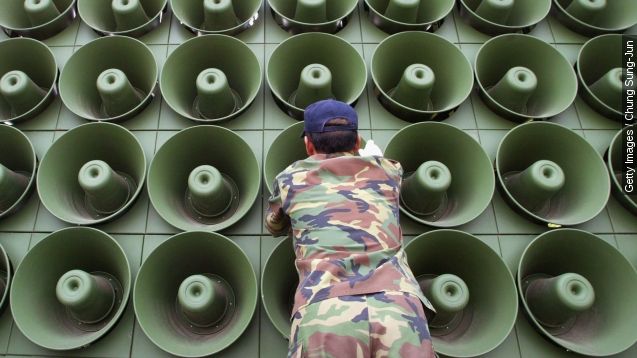 After North Korea claimed its hydrogen bomb test was successful, South Korea said it will continue broadcasting propaganda at the border.

In response to North Korea's claim it successfully tested a hydrogen bomb, South Korea is resuming its propaganda broadcasts at the border.

It may seem like an odd response to a nuclear bomb test, but the South has used these tactics before.

North Korea imposes a strict media blackout. Its citizens are only allowed access to state-run television and no outside media.

The North said the broadcasts threaten the "dignity of our supreme leadership" and led to an exchange of artillery fire at the border. Eventually both sides held a meeting that de-escalated the tension from the land mine incident.

Regardless, the North's hydrogen bomb claims have been met with skepticism worldwide. Many experts have said the blast wasn't large enough to be a hydrogen bomb.