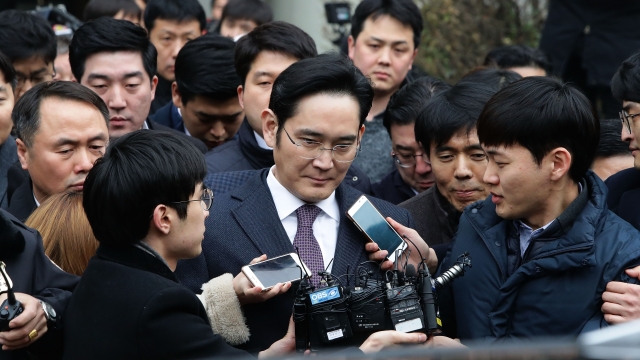 Lee Jae-yong was found guilty of bribery, embezzlement and hiding assets overseas in 2017 but was freed from jail last year.

Samsung's heir and de facto leader may be heading back to prison.

Lee was arrested in 2017 as part of a massive scandal in South Korea that forced President Park Geun-hye out of office. Lee was later found guilty of bribery, embezzlement and hiding assets overseas and sentenced to five years in prison.

But Lee was freed from jail in 2018 after an appeals court reduced the bribery charges against him and shortened his sentence.

Now South Korea's Supreme Court has returned Lee's case to that lower court, after ruling its interpretation of what makes up a bribe was too limited.

If Lee does go back to prison, it's unclear what that would mean for Samsung. The tech company is already dealing with a decrease in profits last quarter, as well as a trade war between Japan and South Korea.

The Supreme Court also ordered a retrial on some charges in Park's case. She's currently serving a 25-year prison sentence.