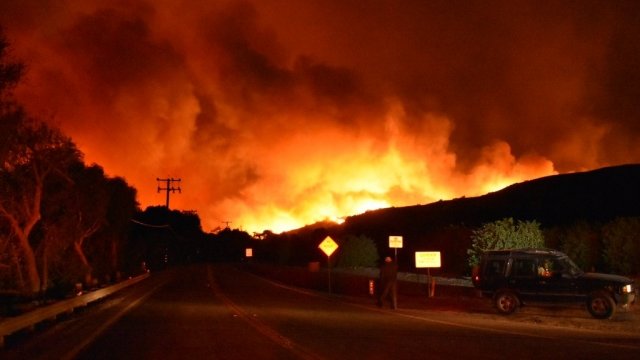 Fire officials in Southern California say a fast-moving brush fire is still burning out of control.

And the winds are expected to get even worse. CNN reports gusts between 50 and 60 miles per hour are possible Tuesday.

According to the Ventura County Fire Department, 150 structures have been destroyed, and 27,000 people have evacuated the area.

Authorities said one person died in a car accident while trying to evacuate from the blaze and one firefighter was injured.