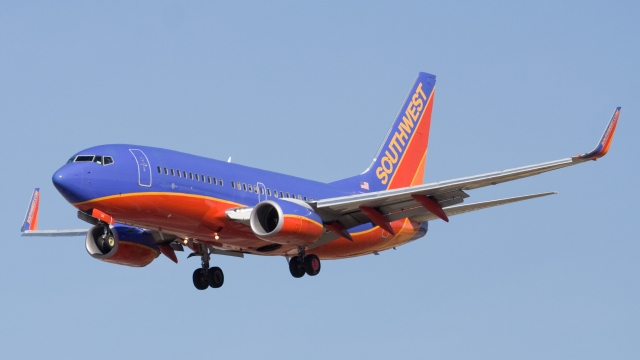 A spokesperson for the airline said it's had to cancel roughly 170 flights after the FAA closed the airport's control tower.

Southwest Airlines said Friday it has scaled back flights to and from Chicago's Midway International Airport after federal authorities closed the airport's control tower.

A Southwest spokesperson told the Associated Press that roughly 170 flights were affected.

The FAA shut down Midway's control tower on Tuesday after several workers tested positive for the coronavirus. The spokesperson said it's not clear how long the reduced flight schedule at Midway will continue, but the FAA said Thursday it would lift restrictions after it "conduct[s] a thorough cleaning of the air traffic control tower."

Nearly 600 coronavirus cases had been confirmed in Illinois as of Friday evening, according to Johns Hopkins University.