Why Space Junk Is A Compounding Issue For Missions, Astronauts 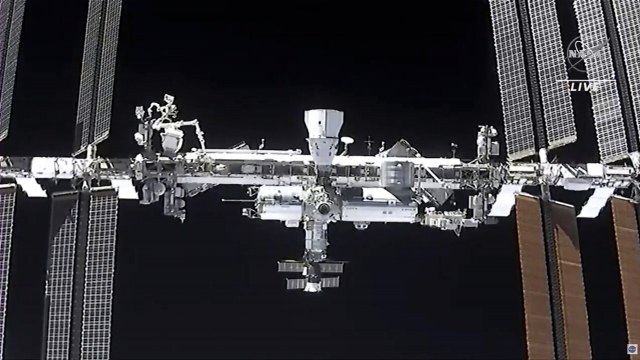 More than 27,000 pieces of space junk are being tracked by the Department of Defense. While they're very small, it could get in the way of missions.

When it comes to UFOs and extraterrestrial life, it's not clear all that's out there.

But we do know a good bit about one thing in space: trash.

From the moment humankind began space exploration, with the launch of Sputnik One in 1957, the term orbital debris came to be known — also known as space junk.

Space junk is mostly made up of used-up space shuttle parts, defunct satellites and loose fragments from each of those.

By 2020, the roughly 2,200 operational satellites in space were joined by hundreds of thousands of pieces of satellite and shuttle debris of various sizes.

The mass of debris in Earth orbit totals nearly 7 million kilograms, and it ranges from obsolete satellites to tiny flecks of paint.

While the debris can re-enter Earth’s atmosphere and burn up, that process can take years.

In space, it creates new problems and poses risks to space missions and astronauts.

"They're bolts, they're nuts, they're scraps of metal," said Ed Lu, vice president of strategic projects at LeoLabs. "There are pieces of satellites... those are the dominant things in space. That hasn't changed."

Lu was an astronaut at NASA for 12 years and now works for LeoLabs, a company that provides satellite and space debris tracking services.

"We knew that the the number one risk to dying, per NASA's own estimations for a space station astronaut, is being hit by orbital debris," Lu said. "It was then, and it is today."

More than 27,000 pieces of space junk are currently being tracked by the U.S. Department of Defense’s global Space Surveillance Network sensors.

But this debris is special — it’s too small to be tracked but large enough to get in the way of missions near Earth.

Since both the debris and spacecraft are zooming at extremely high speeds, the impact of even a tiny piece of debris with a spacecraft could pose a big threat.

Like in 2016, a fleck of paint floating through space damaged a window on the International Space Station.

ESA said debris up to one centimeter could cause critical damage, and anything larger than 10 centimetes could "shatter a satellite or spacecraft into pieces."

The more collisions there are, the more debris is created, and then that junk can cause even more crashes. The problem can keep compounding.

It's an uncontrollable phenomenon known as Kessler syndrome, named after retired NASA engineer Don Kessler, who first observed it in 1978.

"It has the effect of just about breaking up anything into a catastrophic explosion due to the energy of that collision," Kessler said.

Collisions in space are not uncommon, and the debris they create are a global issue.

In November last year, the five astronauts and two cosmonauts on the International Space Station were ordered to suit up and take refuge in their capsules. That was after Russia's planned destruction of one of its satellites that could have put them in the line of fire.

But that was not an isolated incident. It wasn't even the only time space debris concerned ISS astronauts that week.

And today, remnants from that explosion are still causing problems.

It's all happening at a time when space exploration is growing at an unprecedented rate.

In 2020, more satellites were launched than ever before. Over the next few decades, SpaceX hopes to launch a constellation of 42,000 satellites.

Other companies like Amazon's Project Kuiper, the OneWeb Corporation, the Chinese company Hongyan and the Canadian company Telesat are also planning to launch thousands of satellites into Earth orbit as part of their own initiatives.