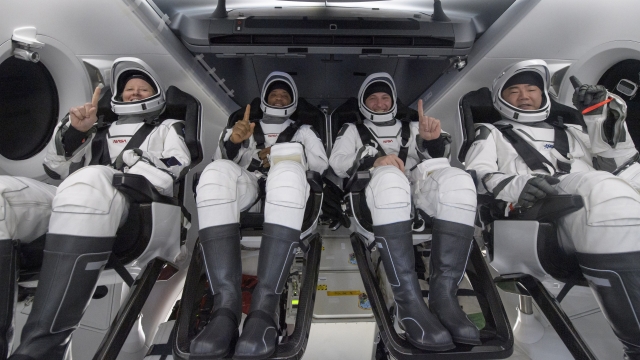 The Dragon capsule "Resilience" parachuted into the Gulf of Mexico off the coast of Panama City, Florida, just before 3 a.m.

The Dragon capsule parachuted into the Gulf of Mexico off the coast of Panama City, Florida, just before 3 a.m.

Three astronauts from the U.S. and one from Japan flew back in the same capsule they launched from in November. The trip home took about 6 and a half hours.

It's the first U.S. crew splashdown in darkness since the Apollo 8 moonshot in 1968. And it's the second astronaut flight for Elon Musk's company.